Now in its 6th year, the Big Ride for Palestine (Australia) has raised over $125,000 for important APHEDA projects in Gaza, the West Bank and Palestinian refugee camps in Lebanon. Last year we raised around $50,000 which was directed to educational programs for youth in Palestinian refugee camps in Lebanon, run by the Palestinian Women’s Humanitarian Organisation. The crucial demand for the latter is the right of return to their homelands which are being settled by the apartheid state of Israel. [See report from Olfat Mahmoud workersbushtelegraph.com.au/2022/08/13/life-inside-palestinian-refugee-camps/ ]

The 2022 ride will follow the COVID-Safe approach adopted last year, where participants ride or walk a self-nominated distance over a fortnight, seeking sponsorship from friends, comrades, and supporters of Palestine.

This year we are planning a program of group rides and walks in South-East Qld and are hoping to do the same in other states with local solidarity groups. So local group rides, walks, and runs are encouraged.

Again, The Big Ride for Palestine-Australia will be a national event, held between August 13th and 28th, 2022.

Following discussions with Union-Aid Abroad-APHEDA, we have decided that in 2022 funds will again be sent to its partner organisation, the Palestinian Women's Humanitarian Organisation (PWHO). Palestinian refugees in the camps in Lebanon are presently facing an extreme economic crisis generated by the collapse of the Lebanese economy and a political crisis with no functioning government in the country.

Apart from fundraising for critical APHEDA projects, The Big Ride participants assist with raising the profile of Palestinian issues in the general community. We do this through distributing leaflets, posting on social media, and proudly wearing our Palestinian Big Ride jerseys and tee-shirts.

Here is the link to the UK Big Ride thebigride4palestine.com 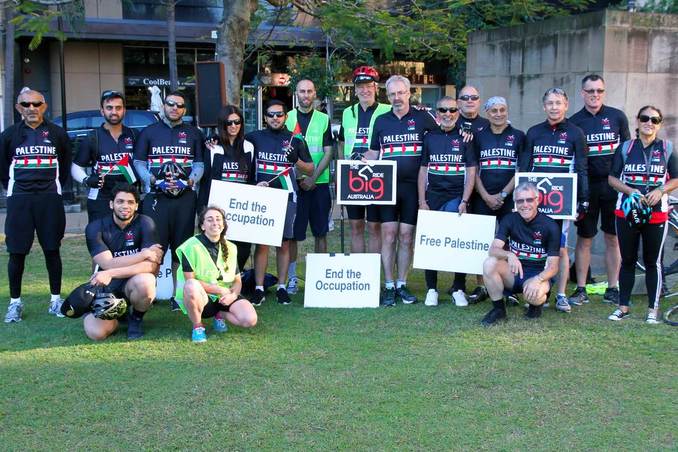 , The Big Ride for Palestine is an initiative by supporters of the Palestinian people that combines a love of cycling with practical solidarity and awareness raising.

We want to bring attention to the human rights abuses endured by the Palestinian people, the brutal military occupation of Gaza and the West Bank (including East Jerusalem), and Israel’s continued violation of international law. In May this year heightened tensions were sparked by the assassination of prominent Palestinian journalist, Shireen Abu Aqleh, in Jenin.  Israeli police assaulted the funeral courtege and arrested some of the pallbearers.

The eviction of Palestinian families in East Jerusalem and Israeli bombing of Gaza continues. Over 36,000 Palestinians, many in the great march of return, have been shot by Israeli snipers.

We raise money to support organisations that struggle to allow Palestinian people to live with dignity and peace. We have raised money for a school in Hebron, the Ma’an Centre in Gaza, promoting sustainable agriculture. In 2021, we raised around $50,000 which was directed to educational programs for youth in Palestinian refugee camps in Lebanon, run by the Palestinian Women’s Humanitarian Organisation.

We encourage our participants and supporters to deepen their understanding of the Palestinian issue, to discuss it with their friends and colleagues and to join local Palestinian solidarity organisations. Links are accessible from our website and Facebook page.

HIT THE ROAD FOR SOLIDARITY WITH PALESTINE!

JOIN THE RIDE
The Big Ride for Palestine - Australia acknowledge the Traditional Custodians of the country where we live, travel and work and recognise their continuing cultural and spiritual connection to land, waters and community. We pay our respects to them and their cultures; and to the Ancestors, Elders both past and present, and future generations. We acknowledge we live and work on occupied country and that the land was never ceded.

THE BIG RIDE IS PROUDLY SUPPORTED BY: 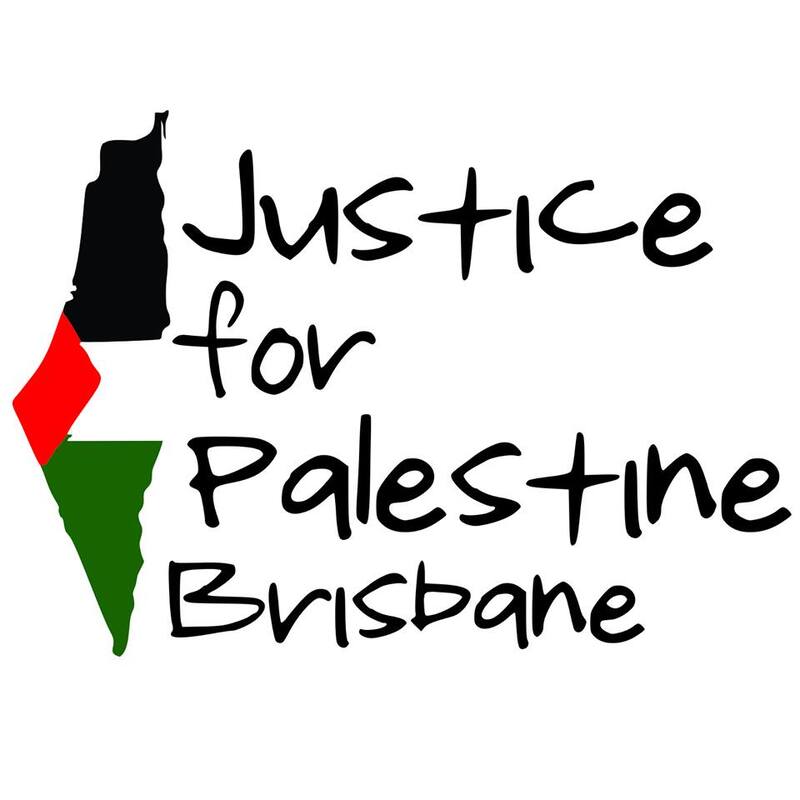